The Bar Council is one of a number of legal bodies that has collaborated to produce new guidelines on the cross-questioning of vulnerable witnesses in court.

A free training programme for advocates in England and Wales who deal with serious sexual offences is being launched by the Bar Council, the Law Society, the Crown Prosecution Service and other legal bodies.

The chair of the Bar Council, Chantal-Aimée Doerries QC, said: “Giving evidence can be difficult or intimidating, especially for vulnerable witnesses, and what they have to say is often vital to the outcome of the case. Using specific techniques for cross-examination helps vulnerable witnesses to feel more secure and means that they are more likely to give their best and most accurate evidence.”

She added: “Since a ruling in 2015 there has been a clear prohibition on unnecessarily repetitive cross-examination, and in cases involving vulnerable witnesses, the length and nature of cross-examination must be agreed in advance at a hearing. This training programme takes us a step further by developing less intrusive questioning techniques and adapting them for children and vulnerable adults.” 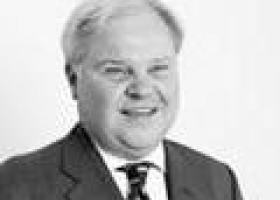