Lesley Longhurst-Woods, The singer-turned-barrister with a strong sense of justice 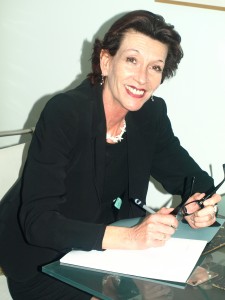 “I started doing immigration work because I was idealistic.  I wanted to help people, particularly asylum seekers. And, 20 years later, I continue to want to help my clients make sense of the law covering immigration and achieve their aims. But, at the same time, I need to earn my living.  Being a direct access barrister covering immigration is perfect for me, as I can use my skills to help people in need of justice while earning enough to satisfy my, not very extravagant, lifestyle.”

So says Lesley Longhurst-Woods, a sole practitioner who secures about half of her instructions through myBarrister. She enjoys the direct contact with clients and has developed a strong reputation for her successes in what is a complex and, for most of her clients, bewildering process. As she explains, “If you do a good job for someone, the word spreads. The whole issue of immigration is quite community-based – often within the Church, for example - so you can get widely known quite quickly. More and more, I am contacted direct by someone on recommendation.”

Another plus about direct access for Lesley is that she is in control of her fees and payment. A bad experience of not being paid when she was signed up for a virtual chambers through which she had been instructed by a firm of solicitors that went out of business convinced her that she needed to be in charge of how much she charges and how she is paid.

There are still some clients who expect to get advice for nothing, even when it is carefully explained to them that myBarrister is not free, but Lesley is clear: you don’t pay, I don’t advise. “I tell those who are trying to get free advice, if you take your car to the garage you will have to pay the mechanic.  Well, it is the same for me, as an expert in immigration offering valuable advice and guidance.

“People sometimes say they will pay if I can guarantee success.  In response to that, I tell them I can’t guarantee that they will win – there are no guarantees in life, anyway – but if you instruct me, your chances of success will be maximised.”

She has certainly developed longstanding expertise. Lesley has now practised immigration law for nearly 20 years, and has handled asylum cases from around the world. In 2004, she was accredited by the General Council of the Bar as an immigration practitioner, and she is a member of the Immigration Law Practitioners Association.

Immigration is a fast-changing area of law, and she keeps up to date both by attending top-up courses and through email updates for the noted immigration barrister, Adam Pipe (“he is a hero of mine,” she says).

Law was not her first choice of career. During the heady days of punk in the late 1970s, Lesley was the lead singer and guitarist with the band, The Au Pairs (and there are plenty of clips of her in full flow on YouTube). It was an amazing experience, she recalls, but when the band split up, she needed to find an alternative career.  She plumped for law, a decision she soon regretted when faced with impenetrable legal textbooks (“it was like learning a foreign language”). But she persisted and, on qualification, went to the Bar.

She worked her way up, starting off doing anything from serving writs to being an outdoor clerk, but, on the way, she got to watch barristers at work and picked up many of the barristers’ skills – particularly of advocacy. She joined a criminal defence set, but gravitated towards immigration as an area of law that was more in keeping with her philosophy. “Put simply, I didn’t want to spend my days defending criminals who were quite clearly guilty,” is how she puts it.

When direct access was introduced by the Labour government in 2004, she welcomed the opportunity to operate her practice in this way. However, immigration was initially excluded as an area of law available for public access. Instead, she signed up as a licensed immigration practitioner under the OISC (Office of the Immigration Services Commissioner). When immigration barristers could offer direct access in 2006, she switched back to being a barrister.

Getting known was a problem. She advertised on Google, but found she could not compete with the bigger, more established firms. “Two clicks a day was all it took to use up my entire promotional budget,” she says, with a laugh. An approach by myBarrister to join as a subscribing barrister helped overcome that problem. “When I was told in writing that I would receive work and that I would get a good return on my investment, that sold it for me,” Lesley says. “Now, myBarrister provides me with a steady stream of work that offers me a security net. There is a lot of immigration out there.  It gives me peace of mind.”

However, while her days are filled with helping clients with their immigration issues, Lesley has never given up her interest in music.  In fact, she is preparing for a return to the stage in November. Full circle, you might say.