Does Twin Peaks (the chocolate bar) infringe the trademark of Toblerone? A court will decide 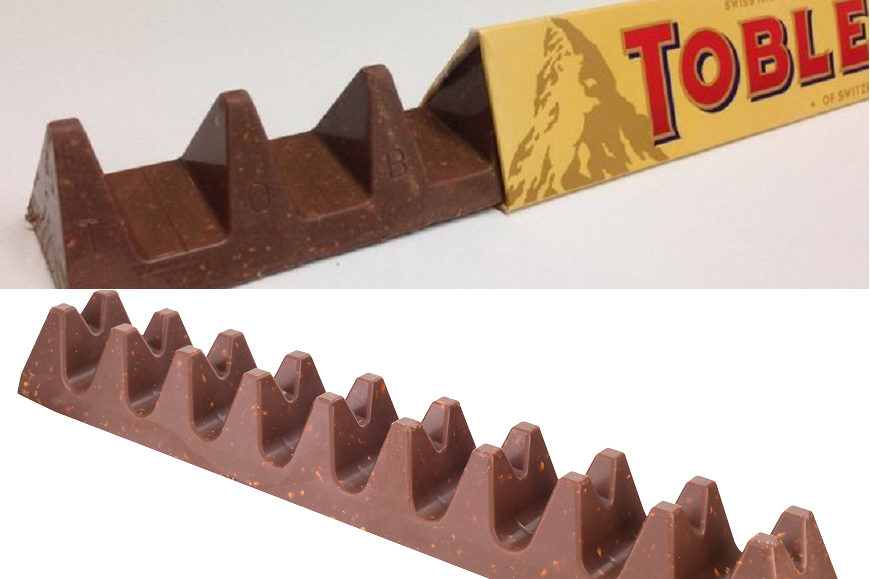 The budget chain Poundland and the makers of Toblerone are locked in a legal battle over whether a new chocolate bar launched by Poundland, called  “Twin Peaks”, breaches the trademark of Toblerone, which is made by a Swiss division of Mondelēz. Poundland says its bar, which has two humps rather than the single peaks that characterise Toblerone, does not infringe any trademark.

Documents seen by The Guardian reveal the legal wrangle has escalated, with a claim and counter-claim filed at the High Court.

Toblerone is one of Poundland’s most popular products, with 11 million bars sold last year. But the retailer says it decided to bring out Twin Peaks “in response to the unfavourable reception” that greeted Toblerone’s new version launched last year.

Mondelēz is seeking damages in relation to trademark infringement and said Poundland’s Twin Peaks bar was “deceptively and confusingly similar”.

In legal defence documents filed earlier this week, Poundland says the triangular prism shape of the Toblerone bar, which was registered under an EU trademark in 1997, is no longer distinctive partly because of the existence of the new version. It claims that any good reputation enjoyed by the Toblerone bar trademark has been “irretrievably abandoned” by the launch of the product with bigger gaps between its nine chunks.

Poundland also says in the court documents that the shape of Twin Peaks “is new and creates a different overall impression upon the informed user”, adding that it had successfully applied for a UK-registered design protection of the bar’s double-humped shape.