Where private prosecutions may help you get justice 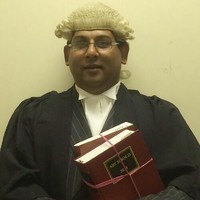 Forz Khan, a barrister of over 30 years’ experience, explains that private prosecutions are an increasingly useful way for individuals and businesses to get redress.

What happens if you have been the victim of a crime? The obvious thing is that you report it to the police and then it is left in their hands whether the wrongdoer is hauled before the courts for committing a crime.

Sometimes, it may be impossible to track down the person who has committed the crime, for example, in the case of online fraud.

The truth is that most people get away with crime. The number of times a crime is committed but no conviction results is greater than the number of people who are convicted of offences of which they are in fact guilty.

If you are the victim of a crime, but the public authorities do not respond, you may feel let down.

Between 2009 and 2017 the CPS’s total net expenditure fell from £672 million to £491 million. Government cuts mean less and less resources are available to the criminal justice system.

A conviction means the convict can be sent to prison, fined, be responsible for your costs and be made the subject of a Confiscation Order. Legal aid is not available but you may well get some or all of your costs back either from the wrongdoer or public funds.

A barrister can advise on the evidence, which charges to bring and the prospects of success. Evidential bundles are prepared to ensure that all clients build a strong evidential case in order to start a private prosecution with a successful outcome.

Private prosecutions are undertaken from the very outset when a magistrate’s court information is drafted right through to trial and appeal.