Caught speeding at an ‘excessive’ speed? Here’s what you can do to avoid or minimise the length of a ban

Αccording to our noted road traffic defence barrister Sunil Rupasinha, this is what you need to do in order to avoid or mimimise the length of a ban.

“Since specialising in the defence of road traffic prosecutions the enquiries I most commonly receive go something like this:

What you need to know

The Bad News:  The Consequences

The Good News: You can mitigate the offence so as to avoid, or, at least, minimise the length of a ban

For any lawyer who does not specialise in defending road traffic cases advancing mitigation in a speeding case can be a minefield of ‘dos and don’ts’.  I frequently find myself explaining to clients why some points, which they would like put before the court, will only aggravate their situation.  The best results are obtained by assessing all the facts, taking ‘on the chin’ those points which cannot be avoided, and, skillfully and persuasively making the most of the mitigation that is present.  In this way, even when speeding at over 100 mph, surprisingly good results can often be obtained.

Jul, 2016
Why Mediate?
Robert Rhodes QC explains why mediation is often the best way to resolve disputes for direct access business and individual clients.
May, 2016
The Mourinho trade mark: what’s in a name when image counts for more
Chelsea may have made money by registering José Mourinho’s name and signature, but it missed a trick by not registering his image, writes leading IP barrister Mark Engelman 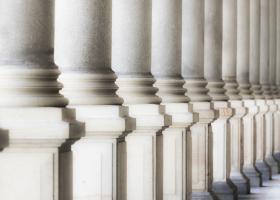